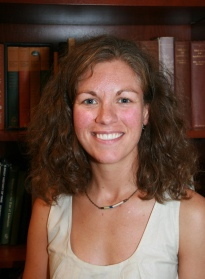 I wish I could tell you exactly what I’ll be doing on the first day of my new course. But I can’t. What I can say is that the syllabus is mostly finished, and I’ve scheduled meetings with the herpetologist, my Writing Across the Curriculum consultant, and ...

Three Final Stories from the Front (of the Classroom)

For our final post, we each cover an overarching reflection or two from the 2014-15 academic year. Look for fresh content from the Wabash Center in the fall. In the meantime, feel free to visit our ongoing blog Race Matters in the Classroom or browse our Wabash Center YouTube channel. ...

Editor’s note: Today’s blog is Kate’s final individual entry for this year of Stories from the Front (of the Classroom). Look for our final collaborative post on Tuesday May 19. For those of us who are lucky enough to work on a traditional academic calendar, the end of ...

There Is a Time for Everything

Editor’s note: Today’s blog is Roger’s final individual entry for this year of Stories from the Front of the Classroom. Look for our final collaborative post on Tuesday May 19. As my yearlong sabbatical in Korea comes to a conclusion, I have been thinking about the multiple seasons ...

A Guide for Women in Religion: Making Your Way from A-Z, Revised Edition

For many women, the transition into and through a career is not nearly as straight as a recitation from A to Z. To their eternal credit, Hunt, Ali, and Moultrie emphasize in almost every entry of their Guide for Women in Religion that the path for women is neither linear nor chronological. Despite vast political, legal, cultural, educational, and professional changes by and for women in the most recent decades, ...

For many women, the transition into and through a career is not nearly as straight as a recitation from A to Z. To their eternal credit, Hunt, Ali, and Moultrie emphasize in almost every entry of their Guide for Women in Religion that the path for women is neither linear nor chronological. Despite vast political, legal, cultural, educational, and professional changes by and for women in the most recent decades, women are best served approaching their education and careers in this academic field of religion and religious studies equipped with this valuable, updated Guide for Women in Religion.

Feminist theologian, professor, and human rights activist Dr. Mary L. Hunt edited the first edition of A Guide for Women in Religion in 2004 (Palgrave). That book’s existence was necessitated by some of the troubling realities that women face in the academic world of religion and religious studies; sadly, from undergraduate through tenured professorships, many – if not most – women encounter some form of the intersections of “sexism, racism, Christian hegemony, economic injustice, Postcolonialism, and discrimination based on sexual choices” (1). The authors note that encountering any of these issues can be made all the more difficult by women in power positions who replicate many of the abusive behaviors that are deeply entrenched in academic cultures (18, 131), behaviors which have for far too long tolerated, ignored and even sometimes rewarded. The second edition (2014) builds on a fine first edition, and offers an updated Resource section (201-04) that tackles the integration of technology and its implications for women in the field (especially as it relates to online teaching [120]), and extends advice that is applicable to an audience that spans from the first-year, undergraduate student to the emerita professor.

In addition to an “Editor’s Introduction to the Revised Edition” (1-2), the “Introduction to the Original Guide” (3-8) is also retained, which provides useful history for the Guide’s original purpose: as more women entered the field, dominant realities that prevented female success resulted in increased questioning and subsequent development for women to “network, discuss common concerns, and share skills” (4). One of the many changes and tools introduced in the 1970s and 1980s was the Guide to the Perplexing: A Survival Manual for Women in Religious Studies (Oxford University Press). This vital guide was written to encourage pro-active approaches for female students and scholars, to educate women and men on the realities that women face in the field, and – perhaps most valuable – to name the isolating hardships that, for women, often result in self-blame, self-criticism, and loss of confidence.

One of the more valuable and important insights that this book highlights is the way in which Christian hegemony dominates the field of religion (especially 35-37) and the multiple ways hegemony is manifest, from stages as vast as the AAR/SBL guild to the intimacy of the classroom. Made all the more challenging by Postcolonial understandings of religions as systems of belief which stand in opposition to one another (127-28), and all the more confusing when institutions welcome feminism within limits (35), women in the field of religion encounter Christian hegemony at the same time questions of social justice, diversity, race, and gender are being vigorously engaged (36).

Guides such as this are not just useful, they are essential. Academia is, as the authors of the previous Guide wrote in 1992, a “minefield of stereotypes and prejudices,” (Guide to the Perplexing, 30) and hostilities that women face continue to be (not so) clear and present dangers. Consequently, this updated Guide for Women in Religion continues to remain relevant and necessary, despite the sweeping achievements of women in the field. While it is obvious that women engaged in the study or work of religion are the primary audience of this book, individuals of all gender identities would do well to pay heed to its contents; ignoring the importance of this guide for all people in the field of religion and religious studies does a disservice to the primary audience.